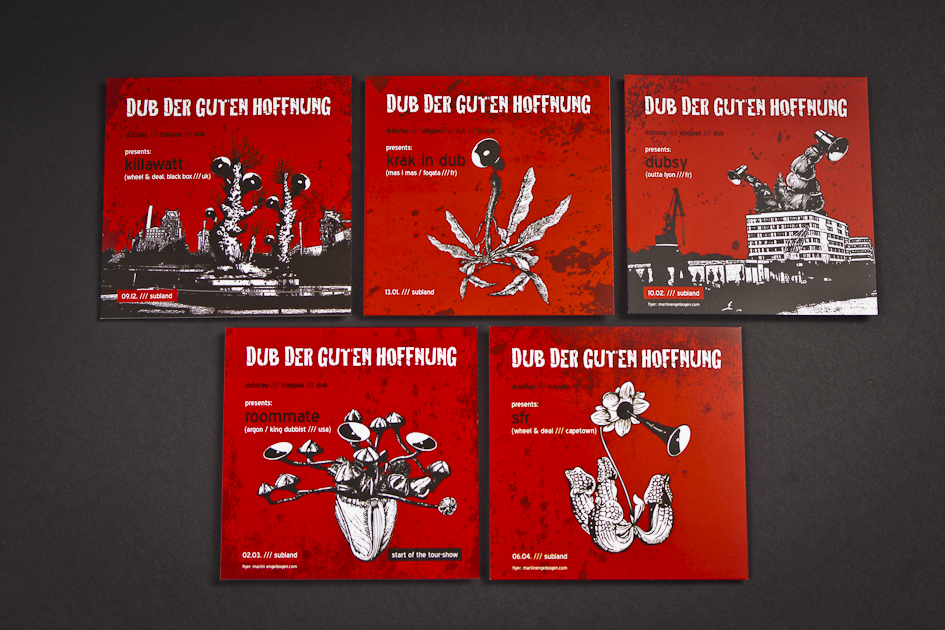 From the first events in the dark caverns of Subland in the summer of 2011, to more recent events featuring international heavyweights of the bass music scene such as Gorgon Sound, Dubkasm, Ishan Sound, Commodo, Mungos Hifi & Egoless to name a few, the Dub Der Guten Hoffnung crew has come to be one of the primary sources for dub-influenced bass music in Berlin, always putting a large emphasis on quality, vibes and sound!

In the past 7 years they have tirelessly dedicated themselves to sound system culture in Germany and Austria, with 2 full crews and sound systems currently operating out of Berlin and Graz (and recently Erlangen!). Their work with US dubstep pioneer Roommate of Babylon System saw them go on tour in March 2012 and  resulted in the release of the “Dub Der Guten Hoffnung EP” on Roommate’s Avocaudio imprint, as well as a collaborative LP released on King Dubbist. Their annual sound system sessions at the “Friedvolle Walpurgisnacht” in Mauerpark have since become one of the highlights leading up to the summer festival season.